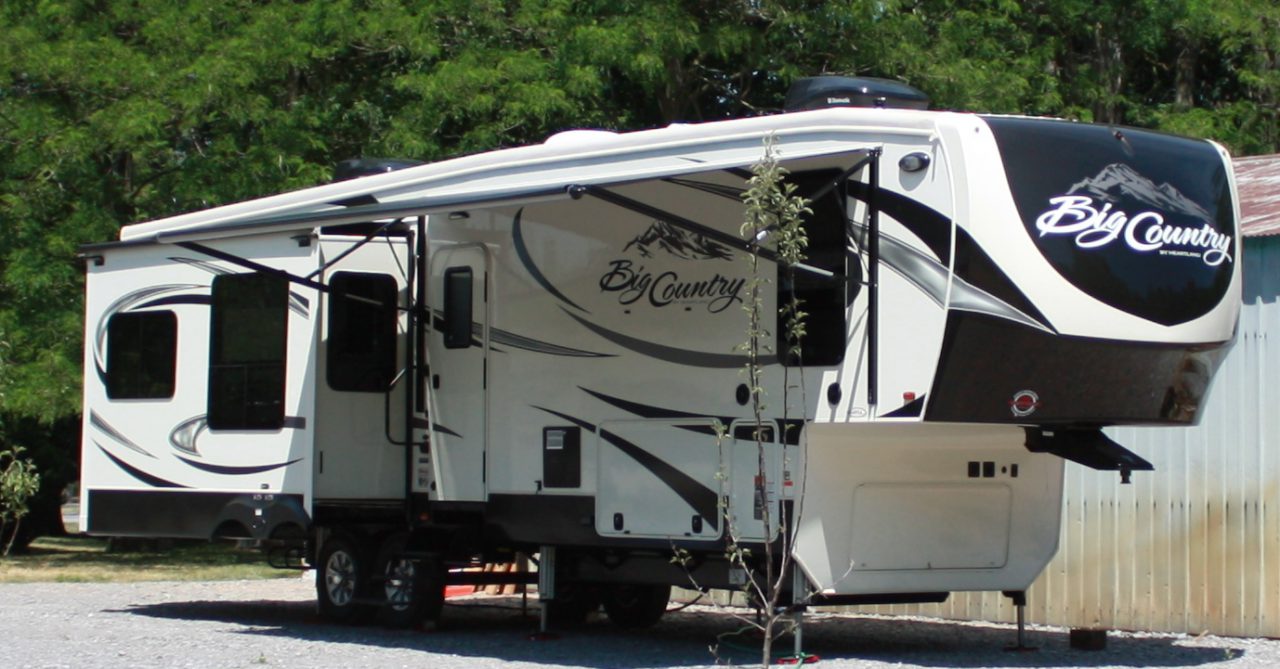 Holy hole in a donut batman, to the bat cave !!!. Well sort of, last night we went to the Lower Sawannee River Refuge. There they have two large bat houses. With as far as we know 60-80 thousand bats living there right now. Each night at sundown or so they come out. So we went to see what all the whoopla was about. At first we were the only ones there then a few other people showed up. Around sundown you could start to smell then they smell like a strong ammonia smell. I guess they relieve themselves before they head out for the night. Then you could hear them kind of peeping. Then all at once they started falling out of the houses, which have small slots in them. It was awesome they came out in droves for at least eight or nine minutes, a never ending stream of them. You could barely hear them as they came out and off they went to feed for the night. It was worth the wait. I made a video but can’t seem to get it to my e-mail, if I can I will put it up. 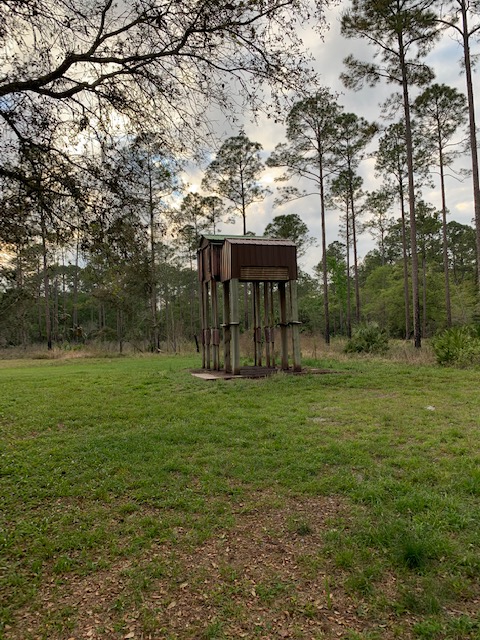 These are the bat houses. We heard from a guy there that sometimes there are snakes curled up around the poles, waiting to catch a bat or two. 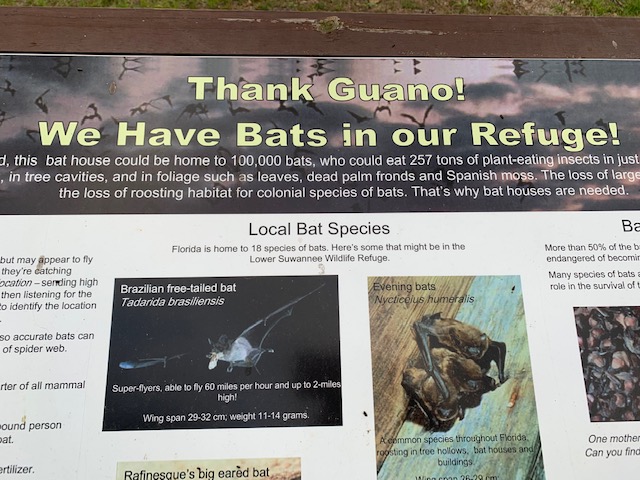 Before we saw the bats we took a hike to the Sawannee river by way of the one mile trail, boardwalk. It was pretty neat walking on the 1000 foot boardwalk over a cypress swamp, I would not want to be in there during the day or night, never. There we walked to the edge of the river for a good view. 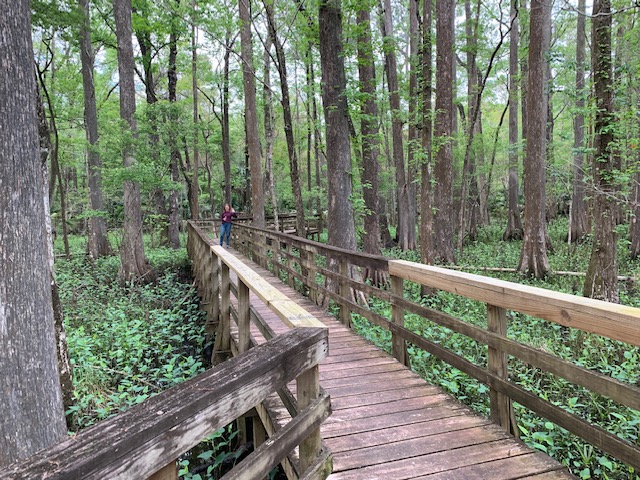 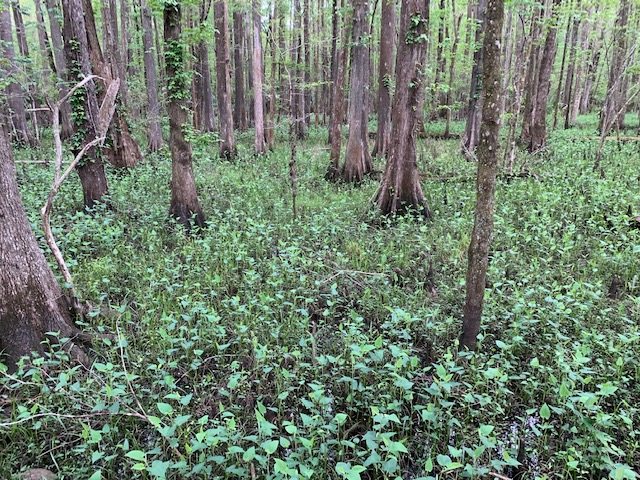 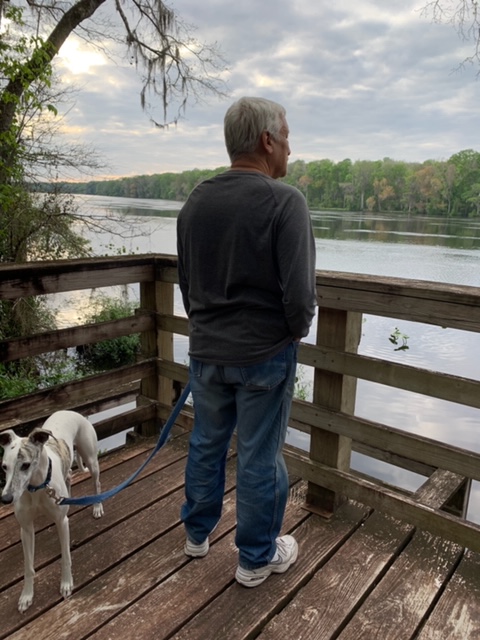 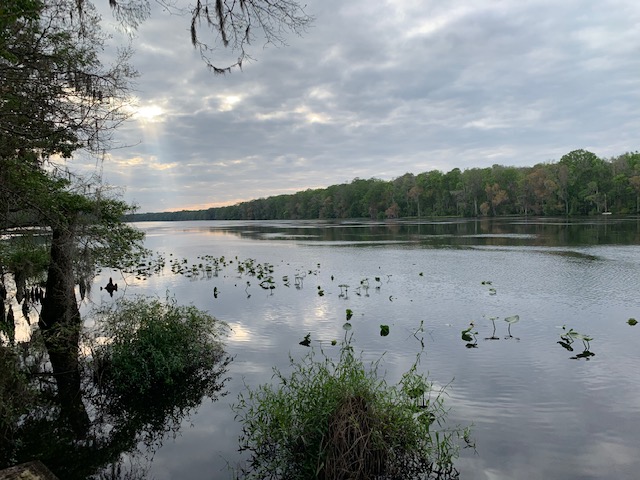