The wharf is like a huge village located at Foley Beach Expressway and Canal Road in Orange Beach on Portage creek that flows into the gulf . Sorta like an entertainment center spread out. There are shops (boutiques), restaurants, a huge AMC theatre, marina, condos, hotels, a water park, concert hall, a huge Ferris wheel, and a few other rides. It’s a huge place and from what I’ve heard the best time to experience it is at night because they have a light show, even the Ferris wheel has lights on it.

Dave & I went to The Wharf at Orange Beach on Saturday. We went because there was Seafood Festival, Classic Car Show and an Arts/Craft Show, all going on at the same time.  It was a great day to be outside and enjoy the day. The only down fall was the Ferris Wheel wasn’t running. 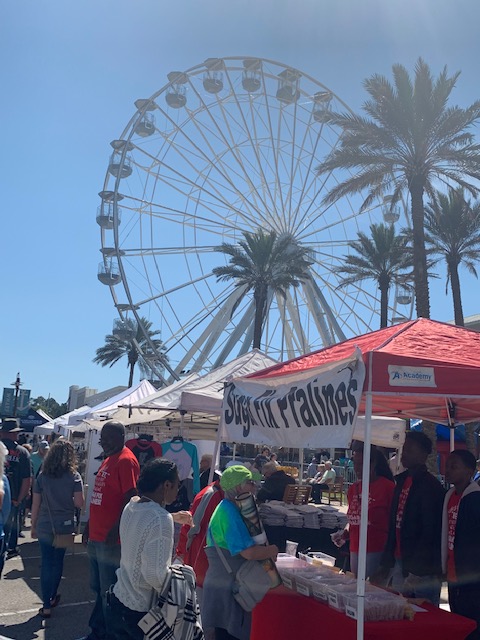 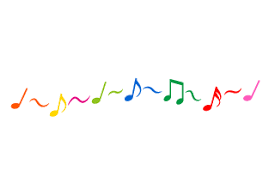 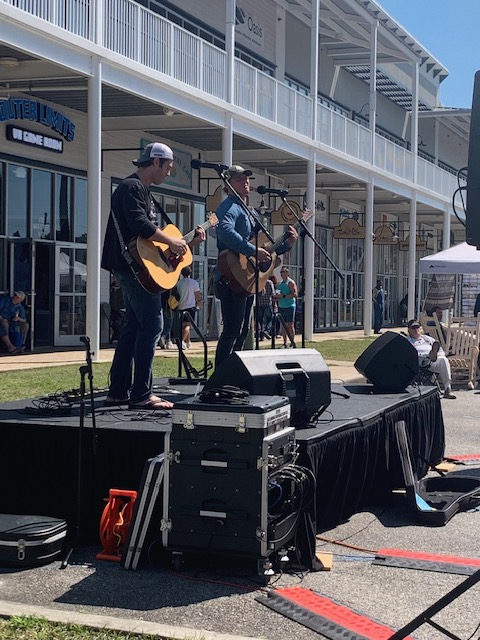 There was musicians playing along the way 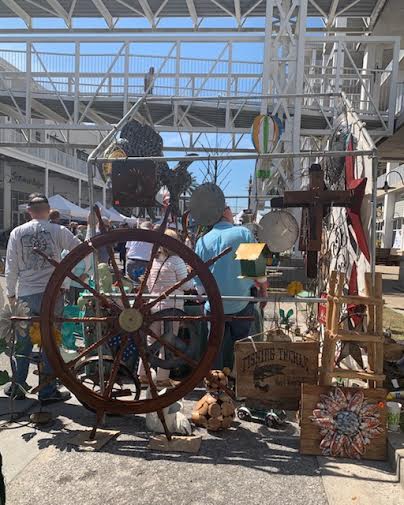 I thought the bunny wreath was cute, but where the heck was I going to keep it!  We decided we like the really cool airplane better.  When you hang it up the wind spins the front propellers around and makes a neat noise.

Dave’s father took his family to PA in a car like this.  His dad got pulled over by the police because he had the 4 kids in the very back, which had no seats or anything.   The cop called it a playpen but nothing happened after that.  The things you could get away with back then!

General Lee was there, missing was the Duke boys, Bo & Luke 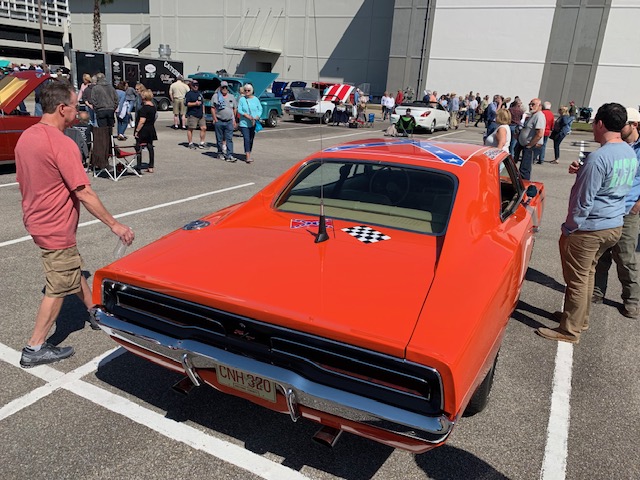 Last but not least a Pinto?

It’s a really big peanut on four wheels – and believe it or not, it even runs on fuel that can be made from peanut oil, bio-diesel.

The Nutmobile was made using several reclaimed materials and sustainable features, starting with re-used glass for the windows and windshield and steel recycled from old Fords. A wind turbine, as well as roof top solar panels, charge the internal batteries that power tour stop events.

The interior lighting is powered by low-energy LED’s.  The flooring is reclaimed wood from an old 1840’s barn in Lancaster County, Pennsylvania. 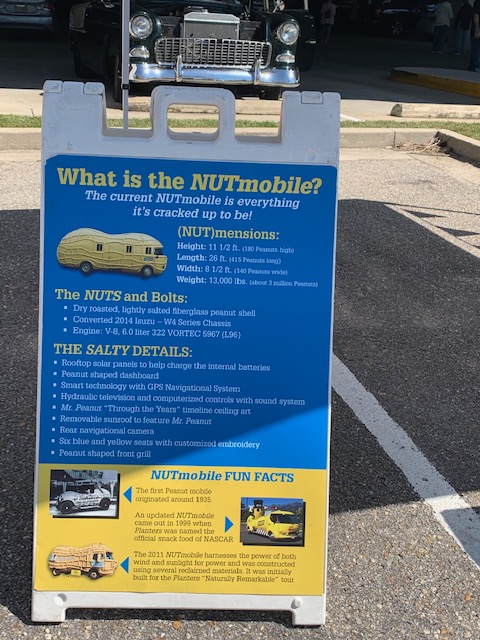 After the wharf we went to the Shrimp Basket for a great dinner!

We were right next to a big shark so we walked over to say HI!

The end of a fun day!  And Dave didn’t even get a scratch!

4 thoughts on “A Day at the Wharf”