We are enjoying our stay at Buccaneer State Park in 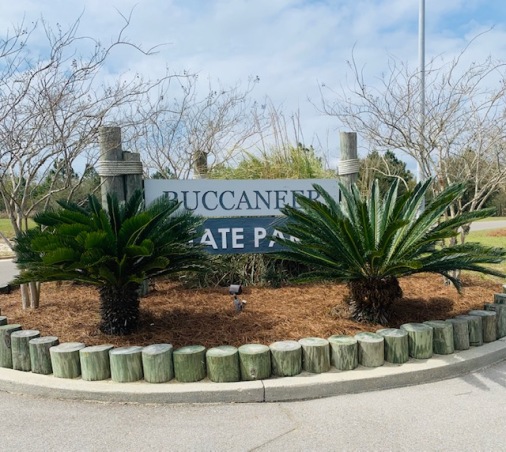 One of the trails we took in the park.

There is also a water park,  a huge wave pool and a waiting pool in the park 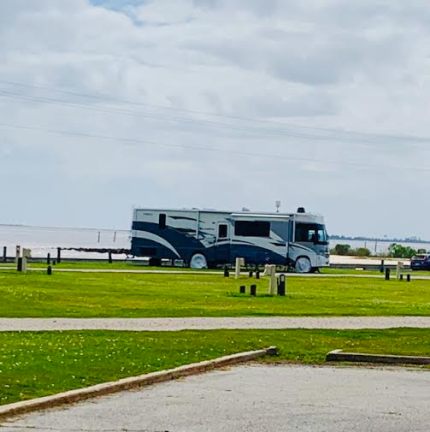 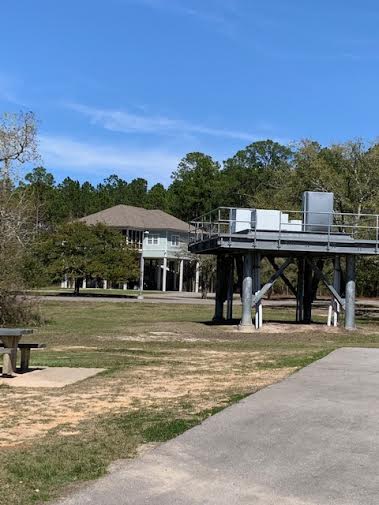 The entrance gate and ranger’s house

You can also stay right across from The gulf of Mexico on these camp sites.

We walked and rode our bikes to the beach across the way from the campground. These are the combined pictures. 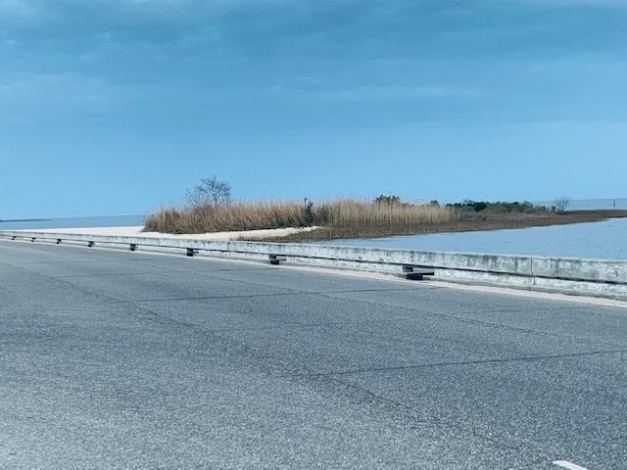 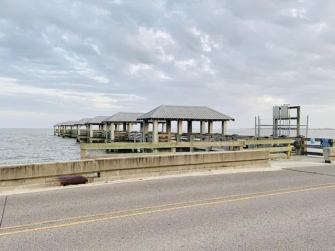 Today we walked on the beach to the Silver Springs Casino just down the road from the campground. 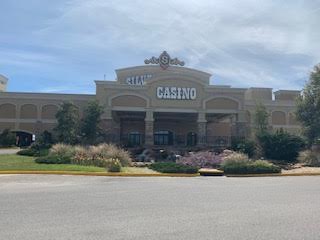 Houses on the beach

Today Friday the 13th will be our last stay on the Ocean until we return once again in October, Good by for now ocean.

Dave and I have been through small towns and big cities on the ocean and gulf , mostly in Florida, with our Fifth Wheel. And of course you notice some homes right by the water are on stilts here and there, some old some new.  In Waveland, however all homes are required by law to be on stilts.  This new law was put into effect after Katrina hit in 2005. 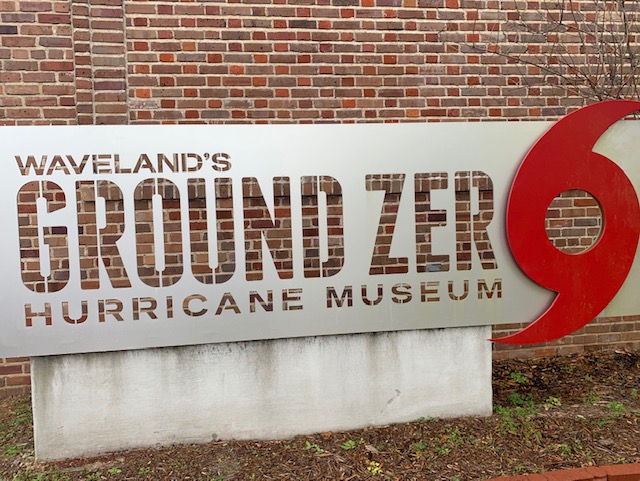 Hurricane Katrina has been called the worst natural disaster in U.S. history. Waveland, Mississippi was Ground Zero. Katrina’s winds and tsunami-like surge devoured dozens of lives and tens of thousands of homes across the coast, leaving behind devastation and heartbreak on a scale that stunned the world.  Waveland is generally accepted as the point where Katrina packed it’s strongest punch.

We didn’t realize that this was the hardest hit area by Hurricane Katrina until we went into the museum…. I would definitely want my new home built on stilts according to the new code.  Would I still want to live in Waveland?  I don’t know? The people that did are strong and courageous to say the least!

The museum building took 11 years to be made habitable again. High winds tore off the supposedly hurricane-proof roof, and the storm surge pushed the floorboards up from below into steeply angled ramps. Most of the doors, and all of the windows, vanished. The eight-foot-high waterline, painted with blue paint along the central hallway, is far above people’s heads. 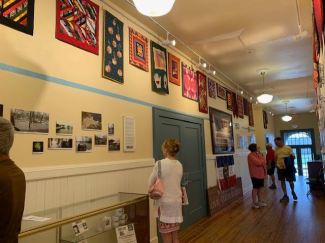 All of these pictures of Waveland are in the museum.

The museum is not a memorial to a disaster, but a tribute to the strength and beauty of the human spirit. The museum had a movie showing how people survived the storm and there were 3 ladies in the museum who were there when the storm hit and they shared their stories.  One of the ladies said how people came across the nation to help, she mentioned that the Amish helped a great deal by re-building houses for free and how people helped in different ways like this:

This picture shows all the businesses there were once on Coleman Avenue before Katrina.

Looking straight from the edge of the Gulf of Mexico, is what  Coleman Avenue looks like today.  The Ground Zero Museum down the road a bit, is the only building left out of all that were on the sign above.

Buccaneer State Campground was devastated by Hurricane Katrina.  It remained closed until 2013, eight years after Katrina hit.  That is why the entrance gate and  ranger’s house are now on stilts.  We haven’t seen that in any other state park. 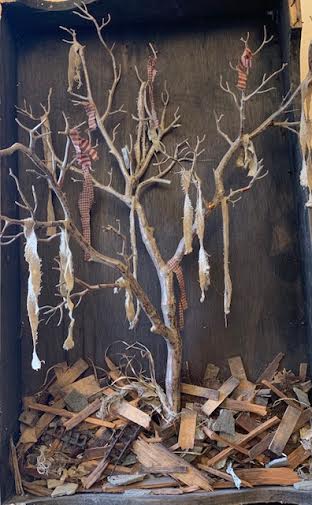 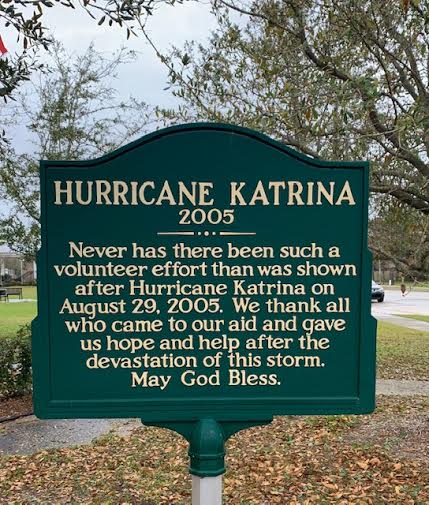