Today, was very humid, but only 91.  We went to breakfast at Eggs Over. Then we went to Fort King right in the heart of Ocala. It is now a National Historic Landmark, all 37 acres of it. It is surrounded by urban sprawl. The fort which is a reproduction of the original, is about 160 feet square with two blockhouse redouts. There is not much to the fort, but there is a nice visitor center, and soon they will be doing a major redo of the whole place. The fort, which was hacked out of the vast Florida wilderness, was built in 1827 by the army on a bluff overlooking a natural spring. It was built to protect the Seminole Indians from trespassing settlers, but in 1832 President Andrew Jackson, demanded the Seminols leave Florida. So a war broke out after the Seminoles wiped out a unit of about 110 soldiers, and shot the Indian agent. This war which is called the second Seminol wars, lasted 7 years.  After all this the fort was turned over to Marion county and not long after it was called Ocala, after the Seminole chief and the city of Ocala, was born. It was a nice visit with a one mile interprative trail. 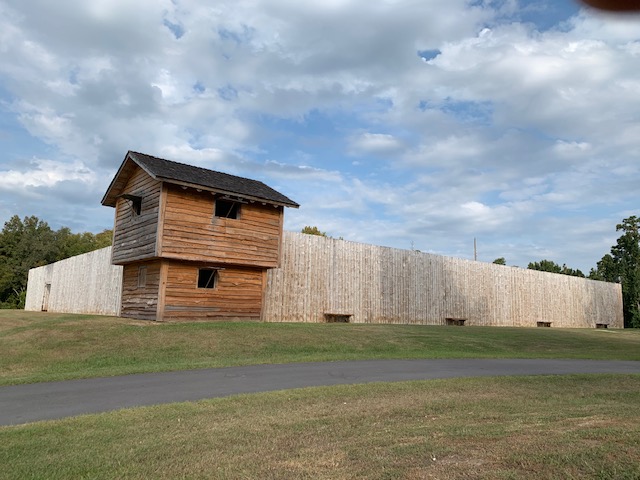 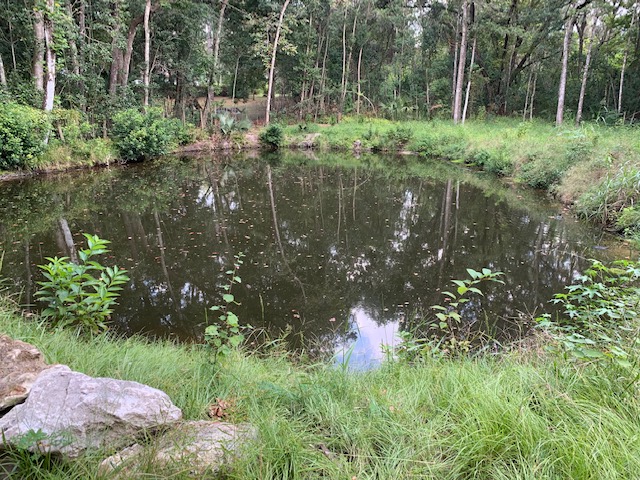 After that, we went back to the Rv ,and I decided to clean off the front cap with all the lovebugs on it. It took me over two hours. Melissa in the meantime cleaned and vacumned the truck interior.

Later in the afternoon we decided to go back to the springs park, which we have been to before, where they have the glass bottom boat ride and all that. We walked the two mile trail they have there, which part of it is on a boardwalk. We heard the boardwalk was closed earlier in the day because the monkey’s were active and on the trail. Yes they have monkey’s there. We made a post about them. As we were leaving the park, what should come running by in front of us, yep a monkey. 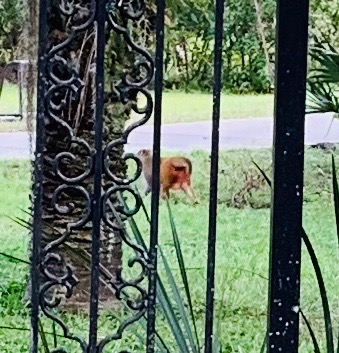 Tomorrow we may go to Juniper springs for a swim.

2 thoughts on “FORT KING AND THE SPRINGS”